It’s not easy to be a kid in the USA today. It’s not easy growing up under the cloud of gun violence and school shootings like the tragedy in Uvalde, Texas, in May. Or coming of age amid a long overdue reckoning with structural racism. Or in the time of COVID-19. Or during a mushrooming substance-abuse pandemic. It’s not easy living within social media’s culture of comparison and feeling less-than, or dealing with the rise of cyberbullying. Even in communities with a low incidence of violence, schoolkids have to stomach hiding behind classroom furniture while teachers lock the doors during active shooter drills.

In this tinder box for stress and anxiety, it’s no surprise that a mental health crisis has sparked into flame among our youth today. In fall 2021, the American Academy of Pediatrics, along with two other organizations, declared a national emergency in child and adolescent mental health. The declaration noted a steady rise in the rates of mental health issues and suicide in young people since 2010; in 2018, suicide was the second-leading cause of death for youths ages 10 to 24. At the root of it all is a growing epidemic of loneliness among young adults. A 2018 Cigna survey of 20,000 Americans ages 18+, using the UCLA Loneliness Scale, found that Generation Z (ages 18 to 22) was the loneliest generation of all, and that loneliness lessened with age. (The least lonely group: the Greatest Generation, ages 72+.) 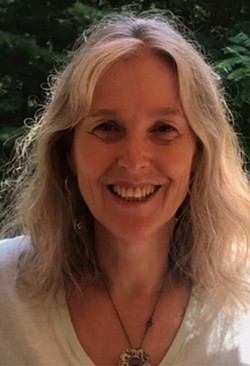 “Teenagers have been experiencing loneliness for a while, even before COVID,” says Pamelia Perkins, a licensed clinical social worker, somatic experiencing practitioner, and parenting coach based in Malden-on-Hudson, who works with kids, teens, and parents via telehealth. Partly, a youth culture of texting and social media gets in the way of real-life connection—but it’s not just that. “It’s that young people don’t have a way to build community in a way that meets their developmental need to contribute to something bigger than themselves,” explains Perkins. “It’s not built into their everyday lives. In more family-oriented or agrarian societies it is, because you’re helping your parents cook or work on the farm. But not in our society, which is so fragmented. And that just makes the anxiety worse, because when you’re alone with anxiety you’re in an echo chamber. You’re not getting to hear how it’s normal to feel this way.”

Even in this bleak landscape, seedlings of hope are taking root. Local programs and clubs are inviting young people to proactively stand up against gun violence and substance abuse, while building connection and leadership skills. Counselors and youth advocates have wisdom for parents to tap so they can bolster their kids’ inner resources and foster a more abiding sense of community. And, in a culture finally taking aim at the stigmas around mental health, kids are learning to tend to their psyches in what feels like a broken world.

Where Kindness Is Cool

For one source of positive programming, look to AWARENESS, Inc.—a peer-to-peer youth advocacy organization run by Marie Shultis, its indefatigable executive director and founder, since 2006. What started out as a group “fighting for the sobriety of our children,” AWARENESS (featured in Chronogram’s December 2020 issue and winner for best youth advocacy organization in the 2022 Chronogrammies) grew to offer educational programs, activities, and community service for young people ages 6 to 25.

The 2022 Chronogrammies winners in the Advocacy Organization categories.

One of its core offerings is an eight-week early-intervention and harm-reduction program where older peers mentor younger peers in identifying the need for positive behavior change. Shultis has brought the popular program to schools from New Paltz and Highland to Ellenville and Boiceville. But when she moved it online during 2020’s COVID-19 lockdown, the group evolved to address another devastating trend: school violence.

“We became a SAVE Promise Club at that time,” says Shultis, referring to the student-led clubs nationwide created by Sandy Hook Promise, an organization dedicated to protecting kids and teens from gun violence, created in honor of the Sandy Hook Elementary School shooting victims. Shultis embarked on their training and joined Sandy Hook Promise as a nonprofit. “That allows our high school students to utilize their materials,” she says. “Once I found [their curriculum] and the wealth of information they had, I saw that it was really good stuff for K through 12.

SAVE [which stands for Students Against Violence Everywhere] gives them an avenue to volunteer if they want to get community service. It’s also about making younger kids feel like they’re heard and valued, instead of fighting amongst each other to be popular. Some kids are afraid to step in and help kids who get bullied—we teach them how to do that, and how it’s cool to do that.”

As a pilot program for elementary schoolkids, Shultis is offering SAVE’s online “Start with Hello” isolation-breaker and empathy-builder program. “We’re figuring out what engages the kids and how to present it in a way that gets them excited, as opposed to just classroom-style,” says Shultis.

A big part of the allure for kids and teens is the peer-to-peer mentorship model. “We’re older than them but we’re still kind of on their level,” explains AWARENESS peer leader and administrator Ari Scibelli, 19, of Ulster Park. “We’re not teachers and we’re not counselors, and we went through everything they’re going through.” Under the older kids’ wings, the younger ones more easily absorb the teachings. (Perkins, who has been involved with AWARENESS as a mental health consultant since its inception, calls Scibelli “kindness personified,” with a “genuine sense of humor”; “just being around him, he changes the room.”)

Another hit with the kids is game-based learning. “We’re focused around empathy, and how to reach out and be kind to each other,” says Shultis. “And we do that through games.” Mixed in with the curriculum are games like Wordle, Skribbl.io (an online drawing and guessing game), and Minecraft, the popular world-building videogame. When meetings are in-person, the kids might do scavenger hunts or craft-making. To get the kids talking, they play “The Rose and the Thorn,” where everyone shares something positive and something negative that happened that week. Next comes a lesson from Start with Hello, choosing from topics such as how to be an upstander, how to read body language, how to find (and talk to) the lonely kid on the playground, and knowing the difference between apathy, empathy, and sympathy. Role-playing games bring the lessons to life in a fun, dynamic way.

This approach effectively reels in kids like Myles Van Dyke, a 9-year-old homeschooler from Kingston who has been meeting weekly with the group for two years. “Myles gets really excited, and [mentors Ari Scibelli and Scarlette Ragues] are so into it,” says Shultis. “They’re teaching him how to speak with people respectfully and nonjudgmentally by the way they talk to him, which in turn has him acting the same way.” Both Scibelli and Shultis say they’ve seen Myles’ confidence grow as he gets empowered to one day be a peer leader himself.

A Safe Place to Shine

Peer-to-peer programs like AWARENESS’s SAVE Promise Club give young people that rare opportunity to have a sense of belonging and purpose so they can draw from the best of themselves. “It’s community-building, and that’s so valuable. They’re giving themselves to something bigger than themselves, which is what [kids and] teenagers are meant to do,” says Perkins. “The kids get to be themselves, and it’s so fun to go to a meeting with them. They get to be quirky and funny, and still feel that they belong. There’s so much trust and safety. That’s hard to build. They’ve told Marie over and over again that they don’t have it anywhere else. It’s also one of the most ethnically and racially diverse school clubs that I’ve seen.”

Without a strong sense of community, purpose, and healthy attachment, young people often face a void that they need to fill. “So, what they’ll end up doing is attaching to social media, attaching to screen time,” explains Perkins. “All of that potential to contribute to something bigger than themselves, they’ll be using it to master a game or a TikTok dance, which does feel good. But it’s not fulfilling them spiritually. It’s not fulfilling them developmentally so they can grow inside.” In her parent coaching work, Perkins encourages luring kids away from their devices so they can better attach to the parents themselves. That might mean instituting Electronics Free Sundays, where devices are stashed away and the day is about family activities. Or, the hour after dinner is declared electronics-free. “That way, dinner doesn’t become rushed, because they know they’re not going to get on[to their device],” says Perkins. “So they hang out and talk with you while you do the dishes, or they help you.”

There’s more that parents can do with their kids to foster strong attachments, which are a bedrock of mental health. Perkins recommends Gordon Neufeld’s book (with Gabor Maté) Hold On to Your Kids: Why Parents Need to Matter More Than Peers as a guide to attachment-building. “Attachment is a slow process,” she says. “The idea is that you try to be in the Alpha role, and the Alpha role is making your child feel safe and loved. It’s not dominating them like a dominant dog. You also make your partner, and all the kids in the family, feel safe and loved. You’re kind of in charge of the emotional and physical safety of the tribe, making everybody feel safe and loved. The safety is the structure, the boundaries and limits, and the love is how you follow through on those and the attachment gestures you make.” Attachment gestures are the various ways you make yourself available to your kids—so eventually, they’re more likely to come to you with their problems, and you’re more likely to have a chance to help them.

Parents have opportunities as well to help set their kid’s or teen’s inner compass and build their resources. “The idea is that when kids truly individuate, they’ve already internalized the parent’s loving, safe voice,” explains Perkins. “So when they go out in the world and do something that’s risky or dangerous, they will think, ‘I’m not so sure this is a good idea. I don’t feel safe, so I’m going to pay attention to my gut. I’m going to get out of this situation.’ That would be the internalized parent voice saying, ‘If you don’t feel good about something, make sure you leave right away. You call me to get a ride.’”

Cultivated by parents as well as by clubs like SAVE and AWARENESS, that wise inner voice can also safeguard against one of the biggest triggers of school violence: bullying. “I want to have more kids get involved in this so we can maybe stop people from being bullied,” says Shultis, “so we can stop that potential shooter from doing [a violent act] because they’re bullied.” It’s about having a place where kids can feel that they belong rather than need to fit in, where they can contribute to something bigger than themselves, and where kindness is contagious. It’s a simple yet powerful offering that could make a world of difference.

To ask about starting a SAVE Promise Club or AWARENESS program at your school, or to get your kids involved online, reach out to Marie Shultis at (845) 417-1484.